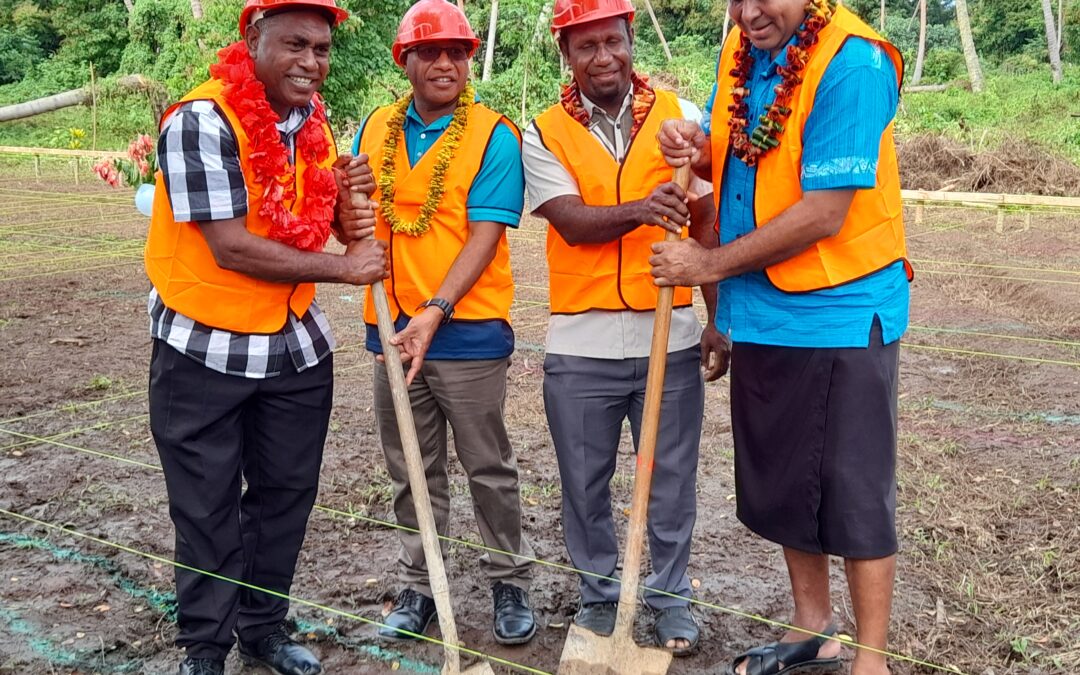 Community members from Pakataura village and nearby areas recently witnessed for the first time the groundbreaking of a new council house for the Area 1 South Santo community.

This milestone fulfills a long time development cry for the people in the area.

During his official remarks, Secretary General of Sanma Provincial Council, Albert Ruddley, confirmed that the building was made possible with the contribution of the other five provincial governments.

Director of the Department of Local Authorities (DLA) Leith Veremaito thanked the heads of these other five provincial governments for their financial support. Veremaito confirmed that each year, each provincial head will take turns to contribute the same amount to other provinces.

Veremaito paid special tribute to the landowners for their decision, which enables the government to come closer to the people. He acknowledged everyone for their support as they work towards the completion of the building.

“By September this year, we hope to bring all Secretary Generals from the other five provinces to witness the grand opening of this building,” the DLA Director said.

He also thanked VSP and Vanuatu Qualifications Authority (VQA) through VIT who have trained young people in the village who will be the key trainee builders.