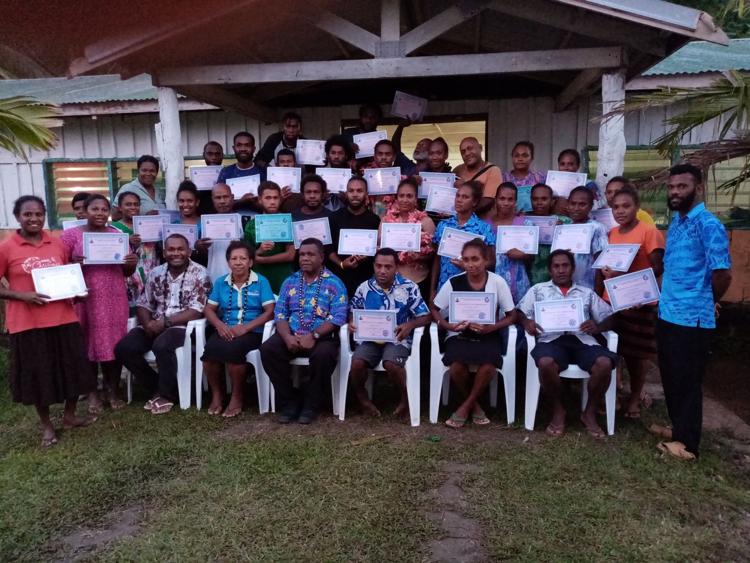 This is the first time for the province to ever host such a training.

Senior Training officer of the Department of Cooperatives, Lentz Vusilai, said 120 cooperative managers came from all over the province to attend the training.

The majority were from Vanualava and 11 came from the outer islands which include Ureparapara and the Torres Islands.

Vusilai says TORBA was chosen due to the increase in business activities in the province over a short period of time. He gives the example of fuel stations set up as cooperatives in Sola and on Gaua.

He says the managers caught up quickly and grasped everything within two weeks of training.

Topics such as finance accounting, bookkeeping, journal keeping and profit loss balancing were covered in the training.

Vusilai says this course has three stages and it is similar to a certificate level 4 in accounting at Vanuatu Institute of Technology and a diploma in accounting at USP. However, he says this training is tailored for the grassroots who are already in business.

He says at the moment the system of accounting within the cooperatives are slowly revolutionizing as they are rolling out the Xero software this month, for all cooperatives around Vanuatu to use.

Businesses need to have continuity and he believes this software will help, Vusilai said.

The department staff have already been trained in the usage of Xero.

Vusilai says Ni Vanuatu must change their mentality in business as the businesses must develop to the next level.

Hence the reason why Xero is being introduced as the government and commercial banks recognize the Xero type of reporting since it gives more credentials. Xero is an online cloud which captures live data, meaning all daily stock take, sales receipts and purchases will be captured and stored. This will really decrease the workload.

Kacific will be installing satellite dishes at the cooperatives throughout the islands as they will be connected through direct satellite connections which are faster than the traditional transmission tower connections.

Vusilai acknowledges Vodafone for offering special rates for internet connection. He also says these cooperative shops will sell Wi-Fi vouchers which will be available to anyone within a 200-metre radius of the shop.

Vusilai also acknowledges Pacific Partners and Audit for help with the Xero software, Peter Namak and the Pacific Networks for helping with system advisory, VNPF staff for teaching the participants about voluntary membership and new member benefits and the department of customs for teaching about VAT. Transport to and from Sola for the participants was sponsored by Vanuatu Skills Partnership.

The training unit of the Department of Cooperatives is already registered with the Vanuatu Qualifications Authority.

Vusilai believes that one day they will have a training centre, which will be on a separate premise from the department.

These 120 cooperative managers in the TORBA province received training funded by the government.